About a year ago, on a balmy Mumbai winter morning, our team started the day at 5:30 am outside Aayushi’s home. It was still dark when Pakkhi began the make-up session … Shalin was probably in bed at his home at that time. Much like how they met in real life, our sojourn of documenting their day began at different ends of Mumbai but all was about to be tied up beautifully together.

Rewind to 6 months ago when I first met Shalin and Aayushi in a corporate meeting room in their hard-core finance office in Lower Parel.  Shalin came across as this serious looking guy who just wanted to get to the point and Aayushi just listened to everything I said very patiently, almost in an unnerving manner. Those were the first 15 minutes though. Once they opened up, we discussed everything under the sun… from their proposal to the wedding plans to their vision of photography. Jokes were flying and all were at ease.

During the months to follow, Shalin and Aayushi were very clear on what they want in their wedding. They worked with robot like precision and as far as I saw, the decision making was driven rationally rather than emotionally. Given this framework, the team went in assuming the wedding would be a cut-and-dry proceeding. Everyone would be in control of their emotions and we’d be lucky to have a relaxed moment in between.

Cut to D-day. Aayushi started her make-up in her home. Not in a fancy suite in some five star that holds no emotional value but at the very  place where she could be with her family one last time as a resident, before she moves to a new home. Shalin too chose to get ready in his home. He had a friend over and his brother was around too. Bad jokes and good sweets set the vibe at his end which was a complete contrast to the poignant vidai of Aayushi from her place.

The wedding venue was exuberant in a cherry blossom decor crafted masterfully by Purple Chariot Events. Rays of sunshine seeped through the thick cover of trees as everyone assembled, not surprisingly, on time! Shalin and his brother decided to up the baraat game with their cool motorbike and Shalin’s friend brought in the energy to match the horsepower. We stole some quiet moments with Aayushi for portraits before it was time for both the sides of the family to greet each other.

Shalin decided to up the joyful quotient of the day during jai-mala with a thoughtful gesture. Instead of trying to dodge the varmala or tease ayushi, he decided to bow down for it. Brownie-points-for-life!

Their pheras were right out of a fairytale. Zen like music played in the background as guests and them sat around under a canopy of trees witnessing what I would call the whole nine yards .. of emotions! There were times when Aayushi was crying and smiling at the same time, little children ran around and got tired and kept repeating the routine, the guests keenly listened to the pandit chanting and at the periphery of it all, we served as the chroniclers of this amazing union.

The pheras concluded with lots of hugs and a lots more cheerful photos. What followed was a teary vidai but by the end we all knew that we had witnessed a truly special day of our lives.

By the time we were done editing the photos few months later, we knew these photos will stand the test of time. Sometime in the future, they will be a reminder that Shalin and Aayushi, the no nonsense power couple, had a delightful emotional side to them and together they put up a wedding that is etched in the memory of everyone who attend it, much like the fragrance of a sakura.

Hair and Make up: Pakkhi Pahuja 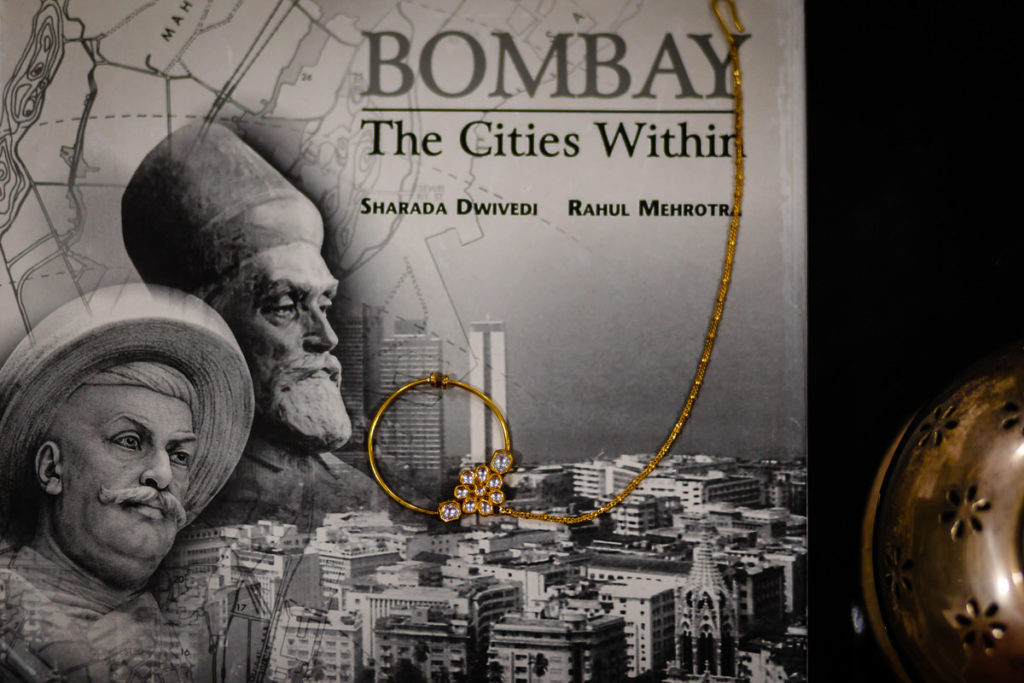 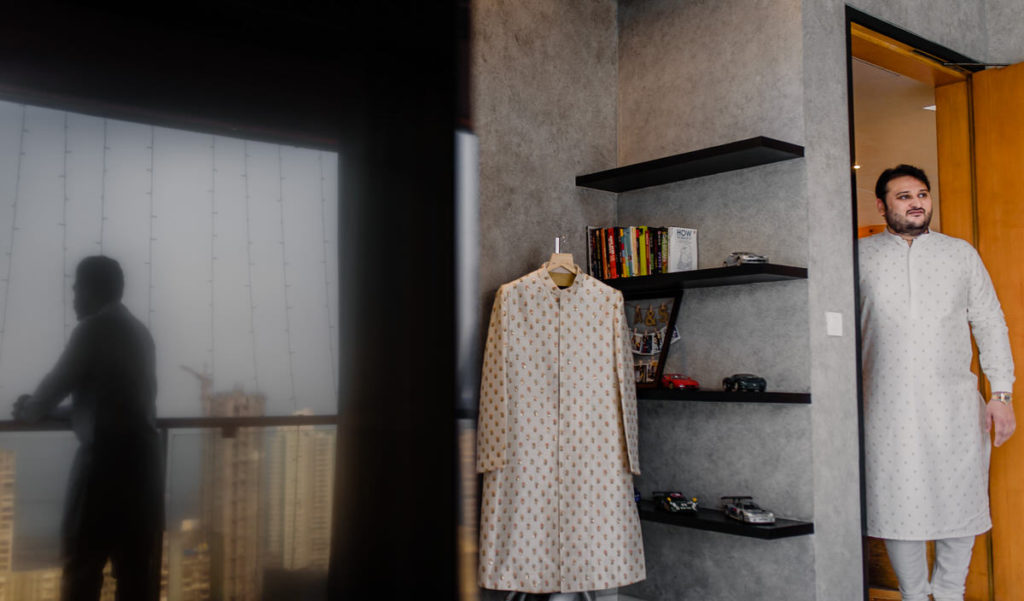 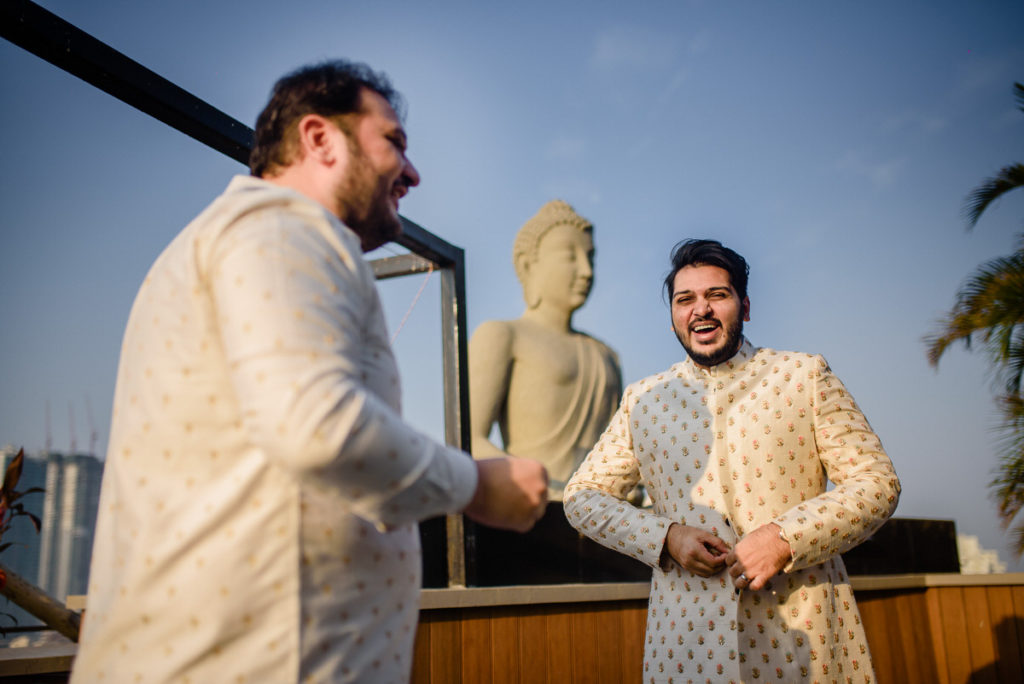 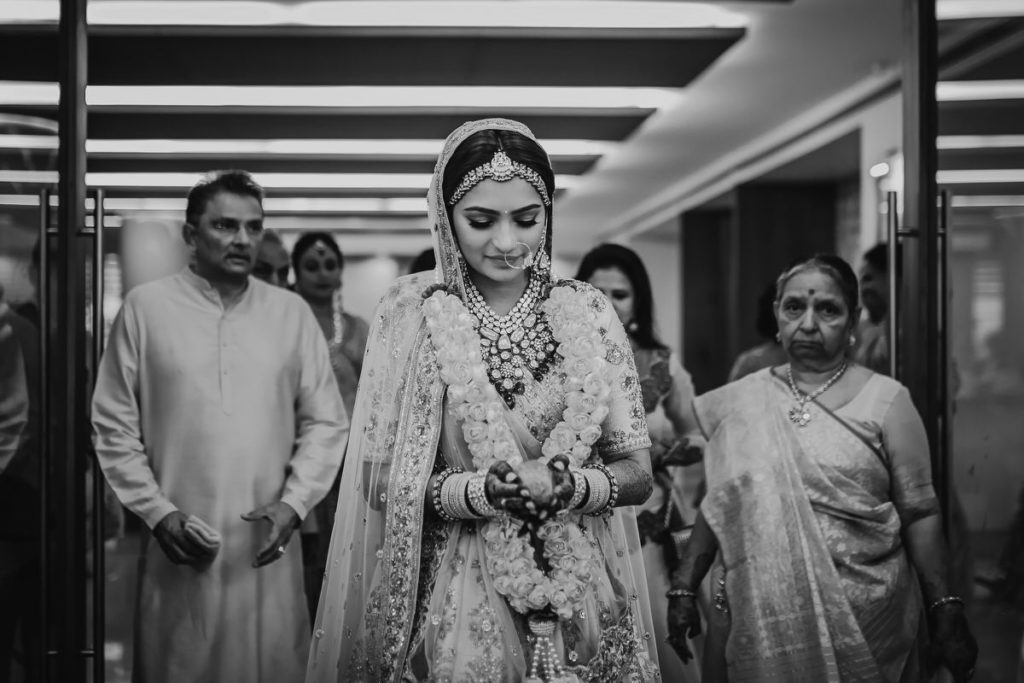 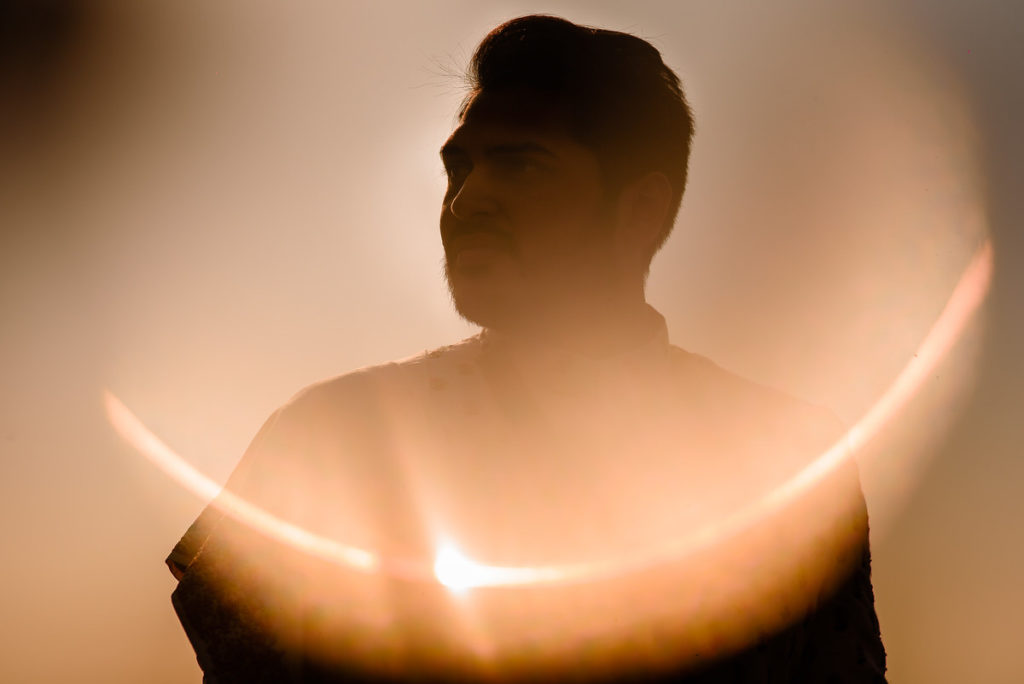 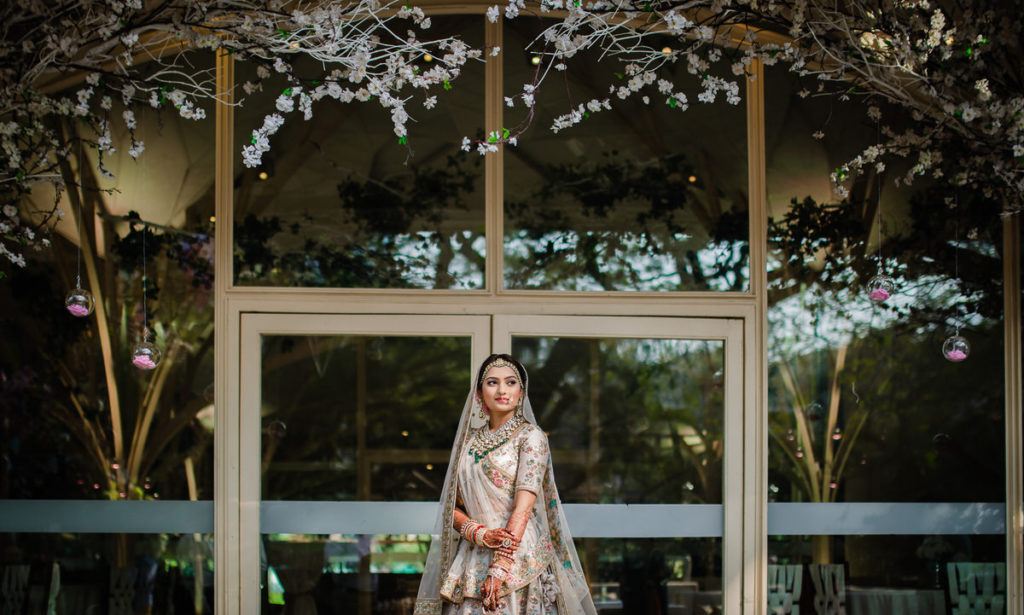 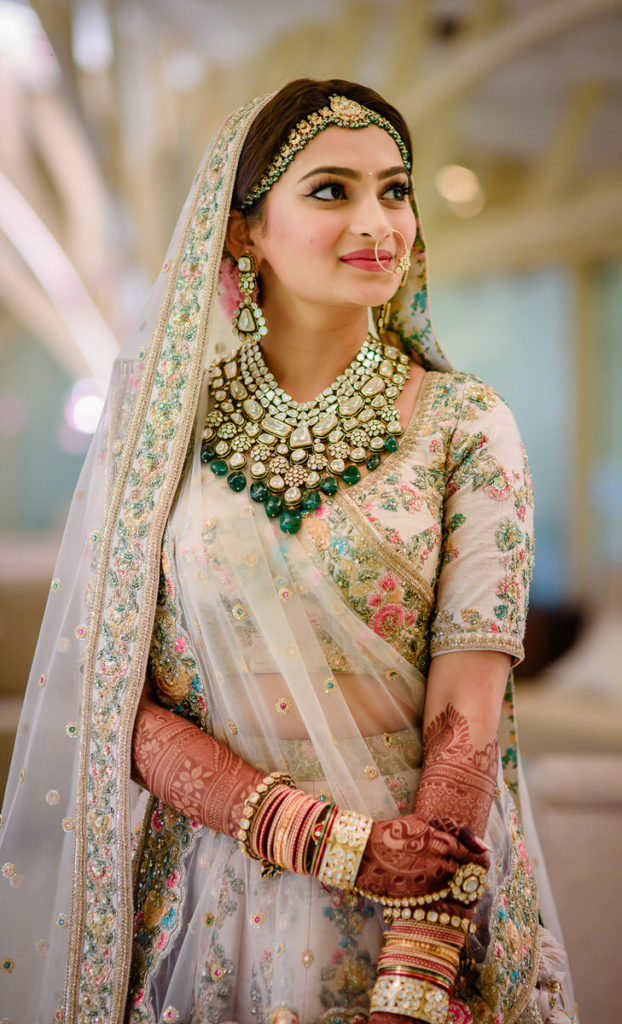 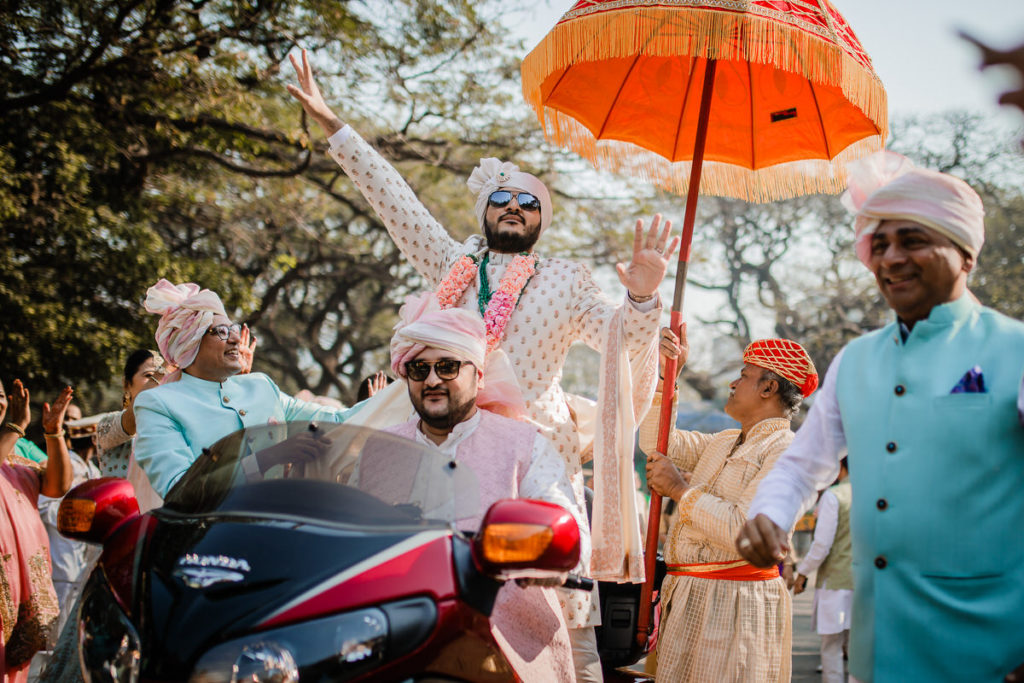 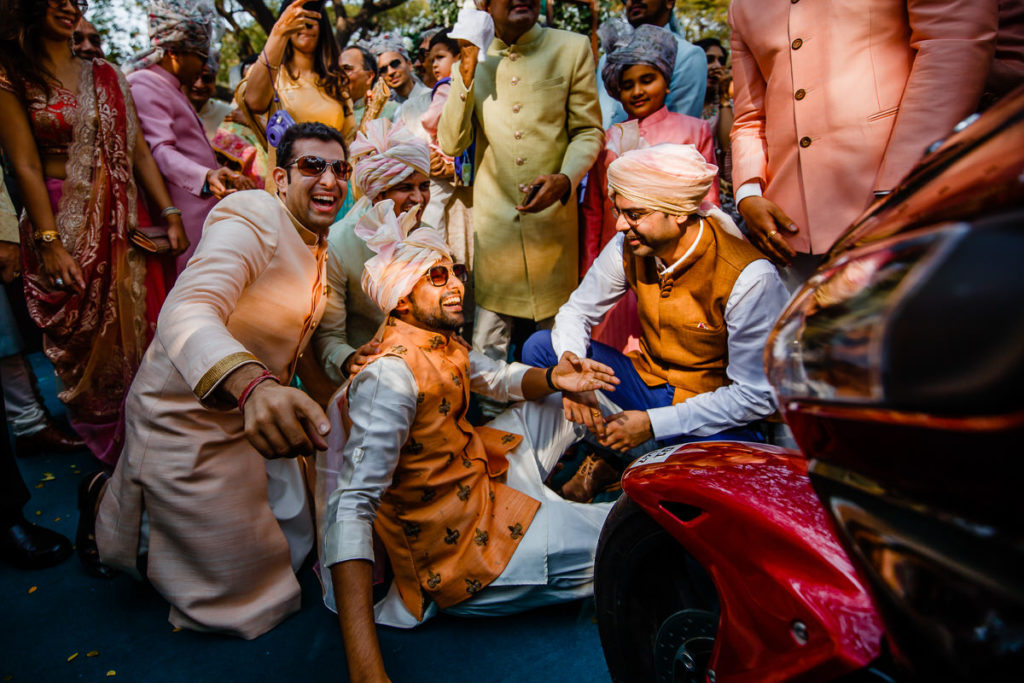 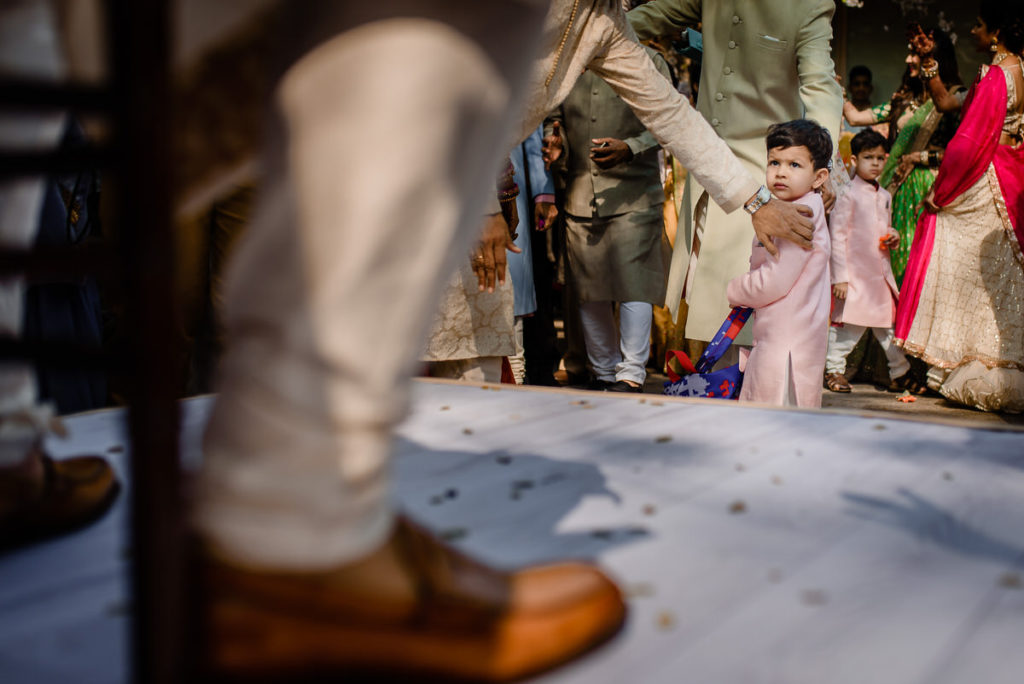 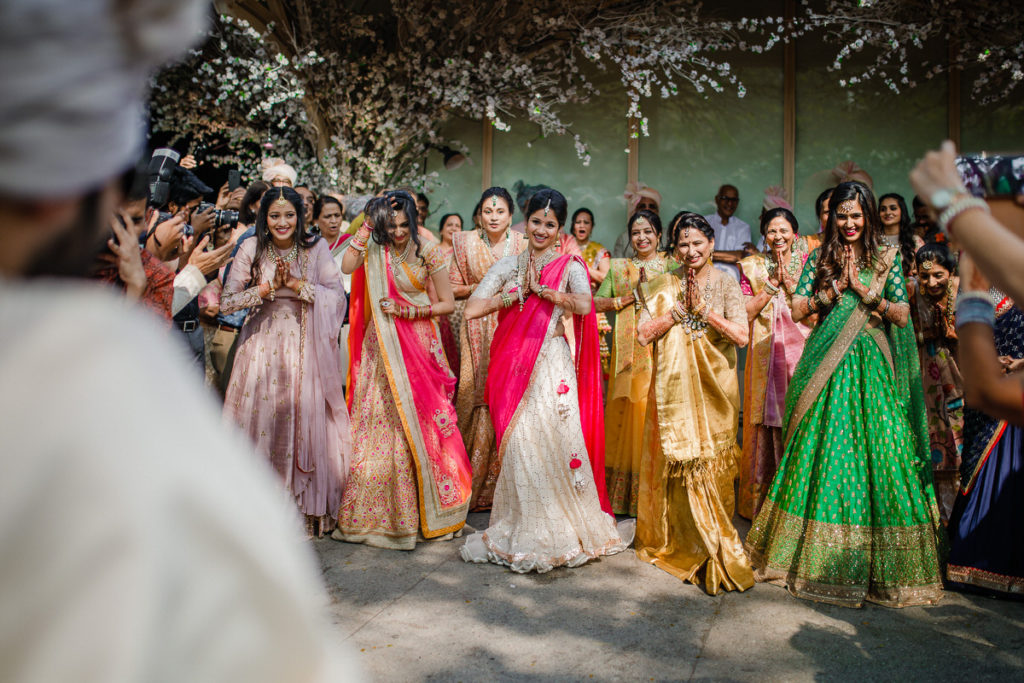 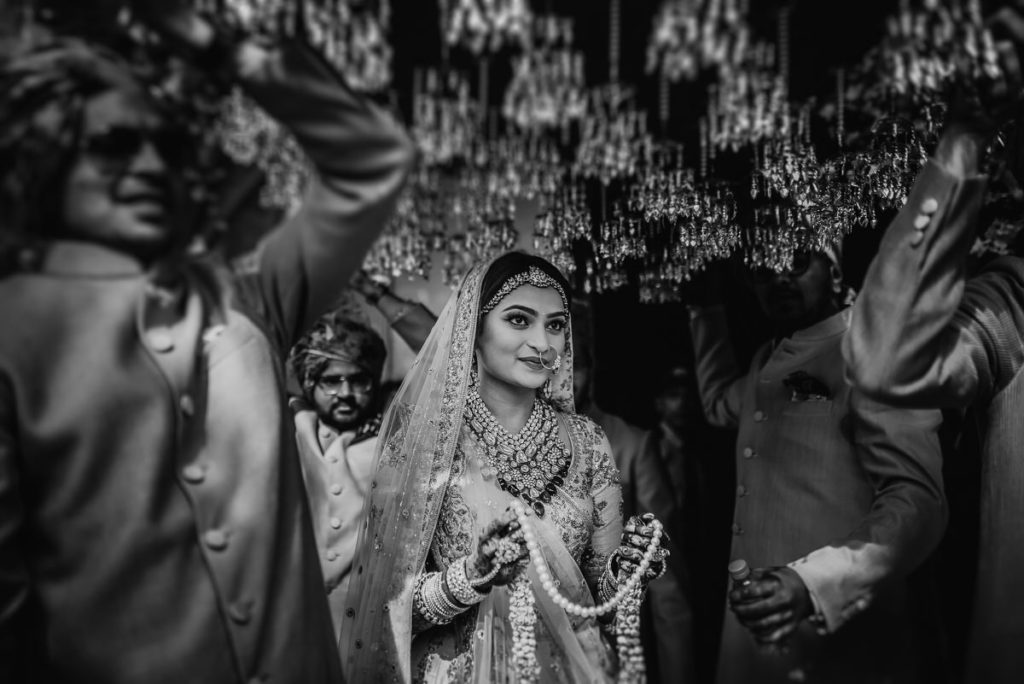 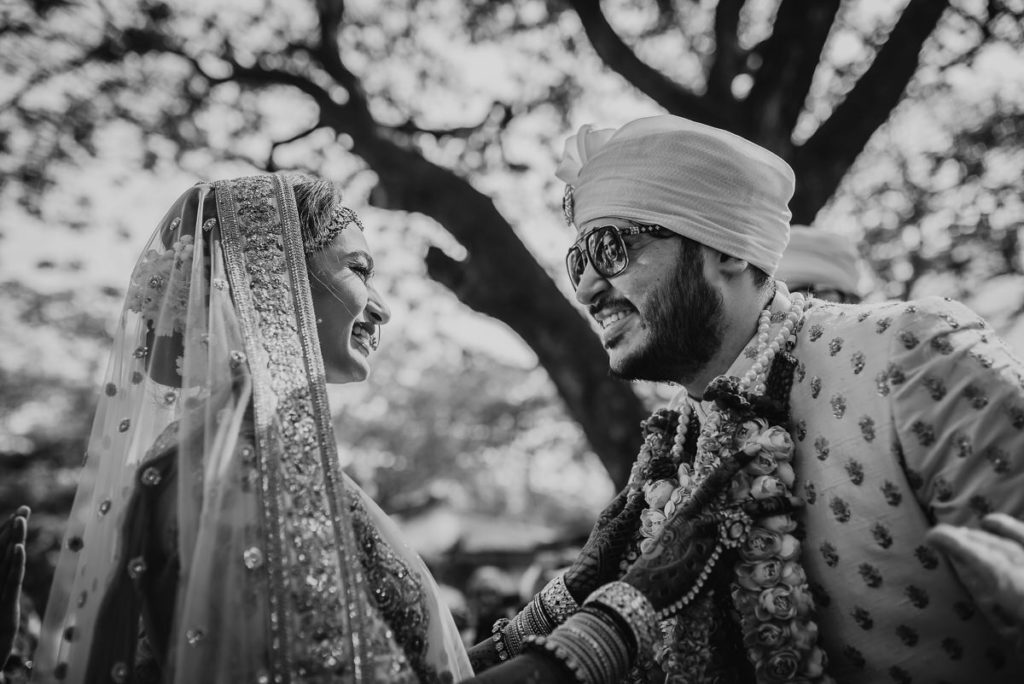 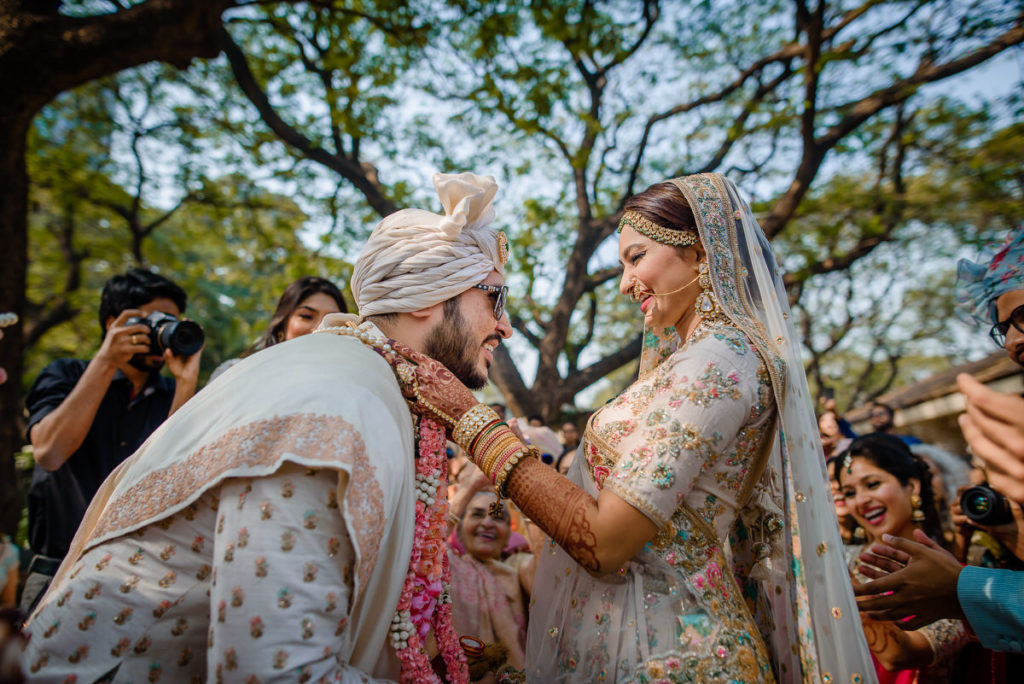 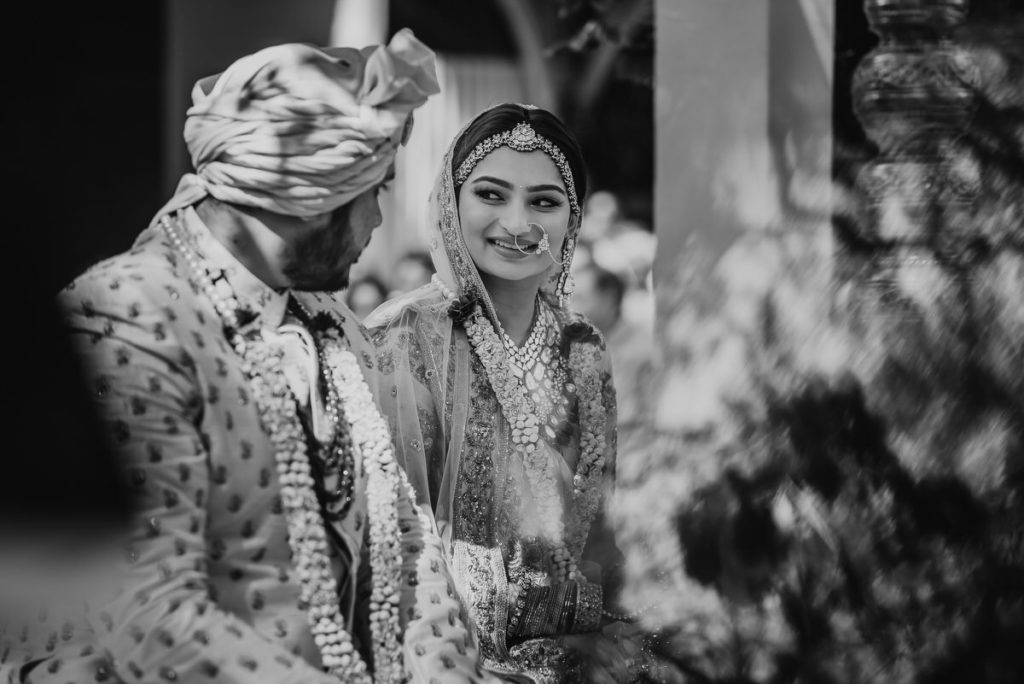 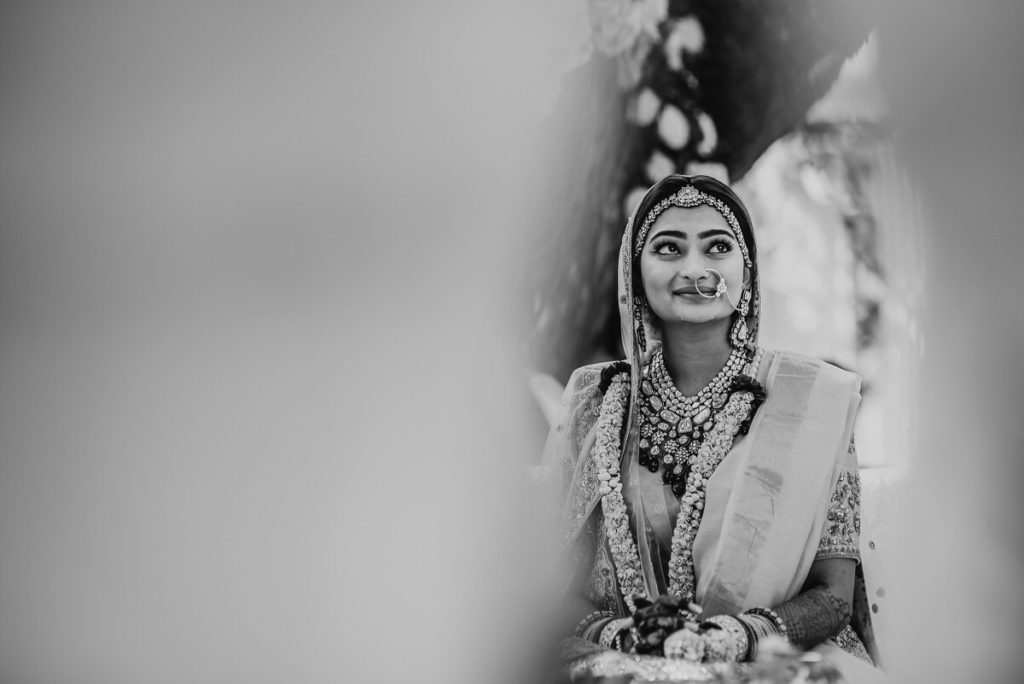 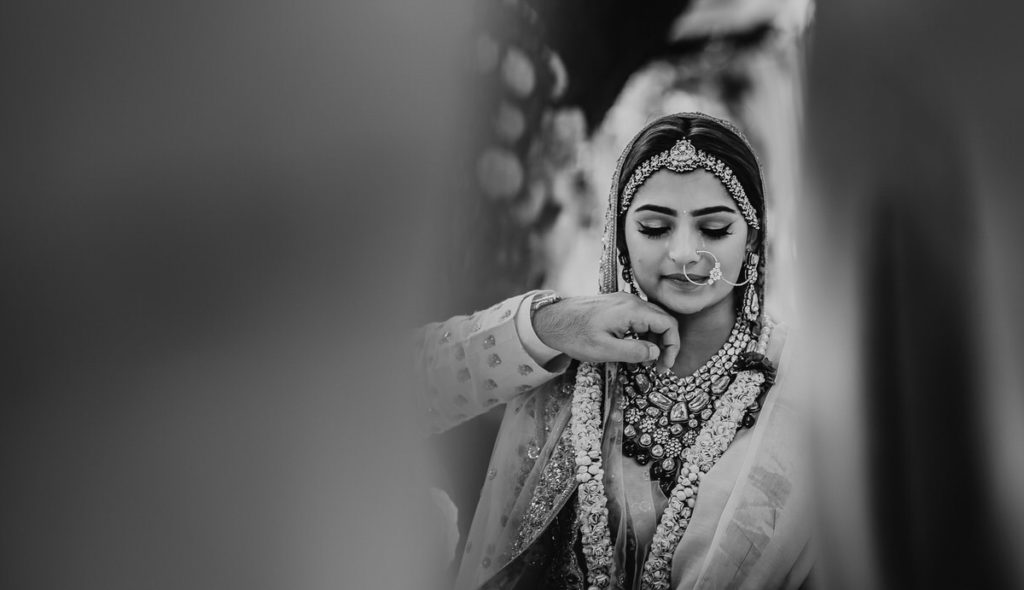 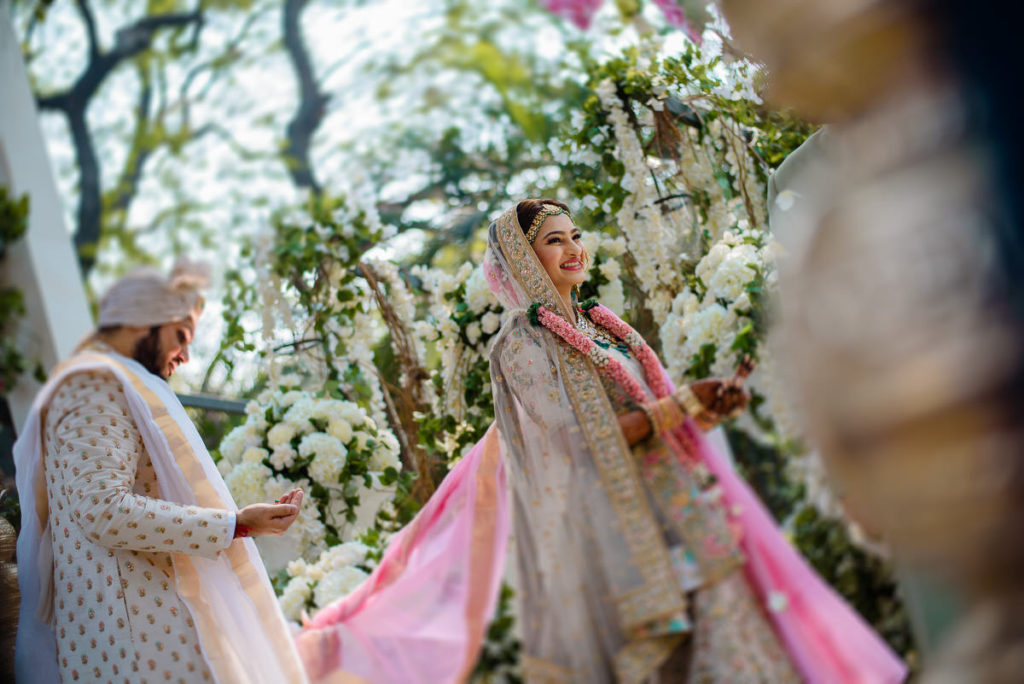 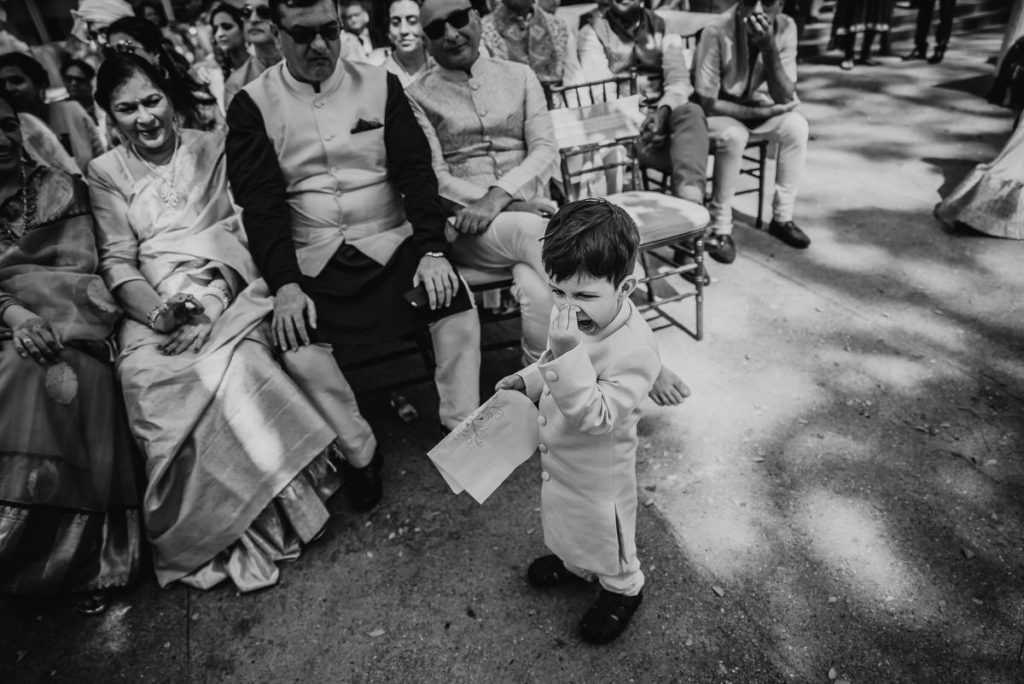 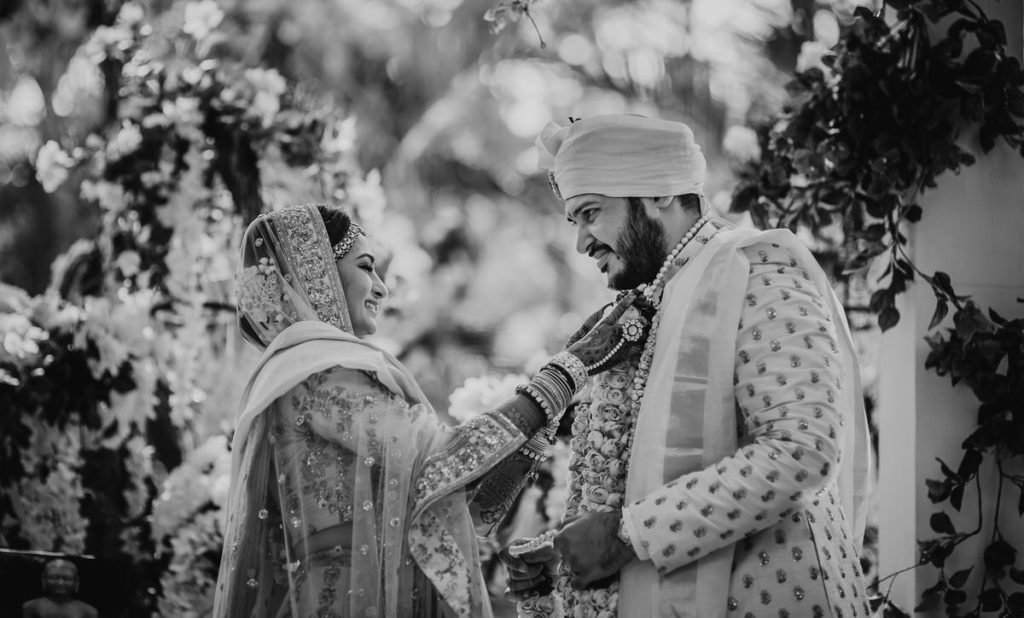 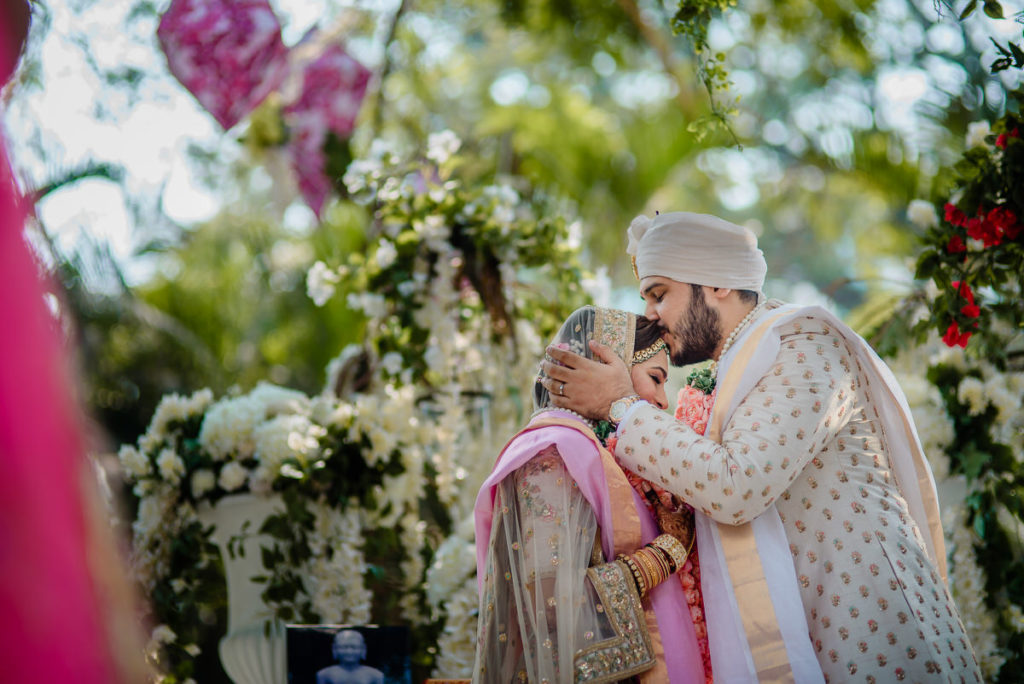 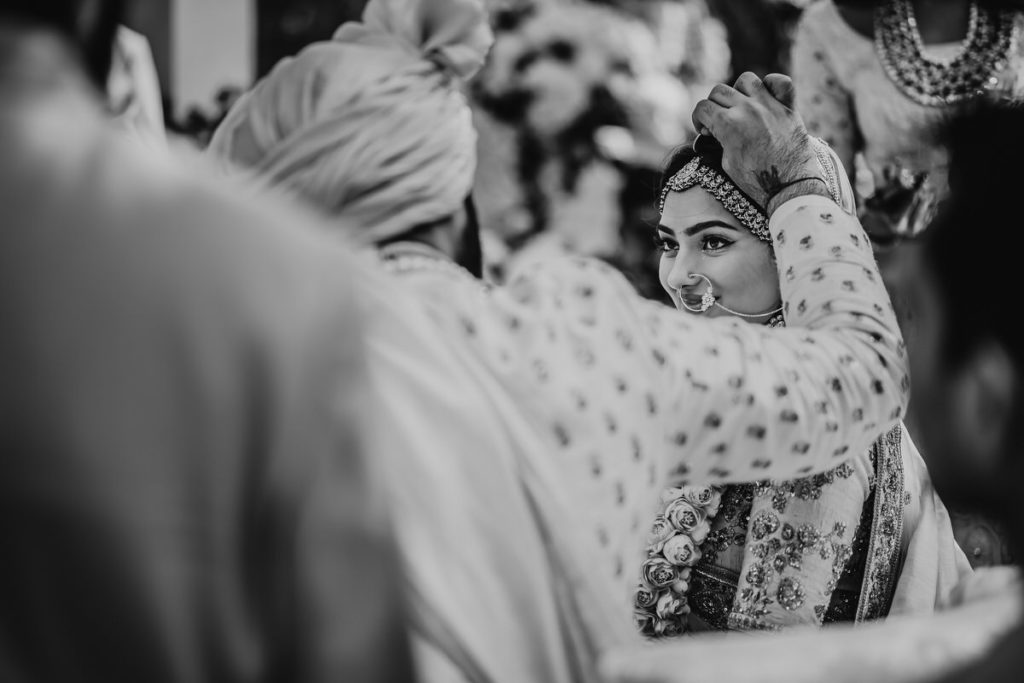 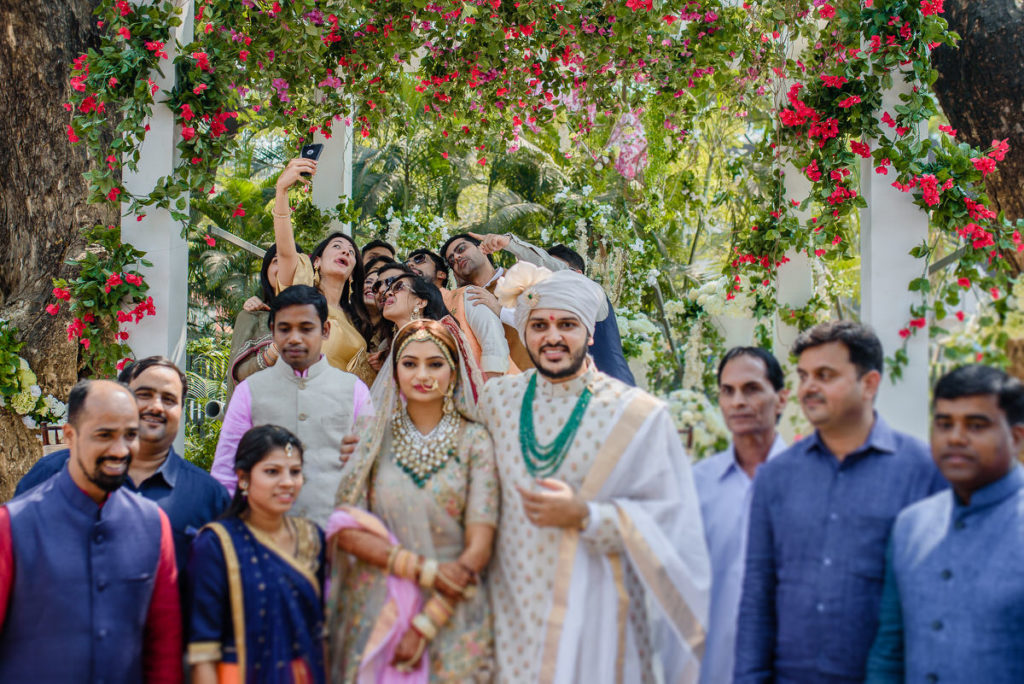 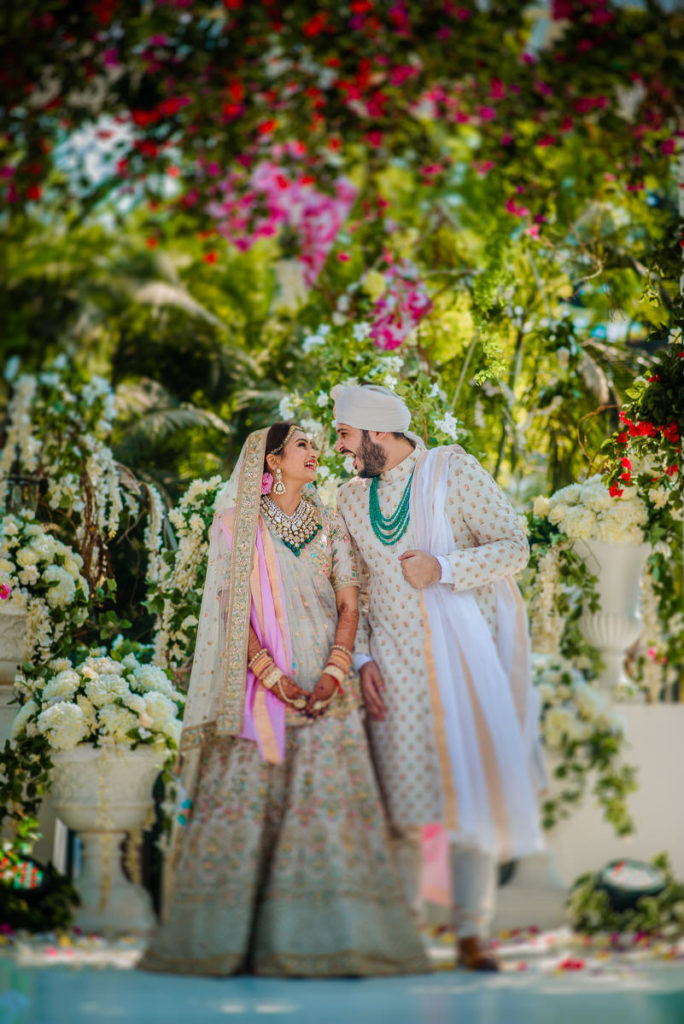 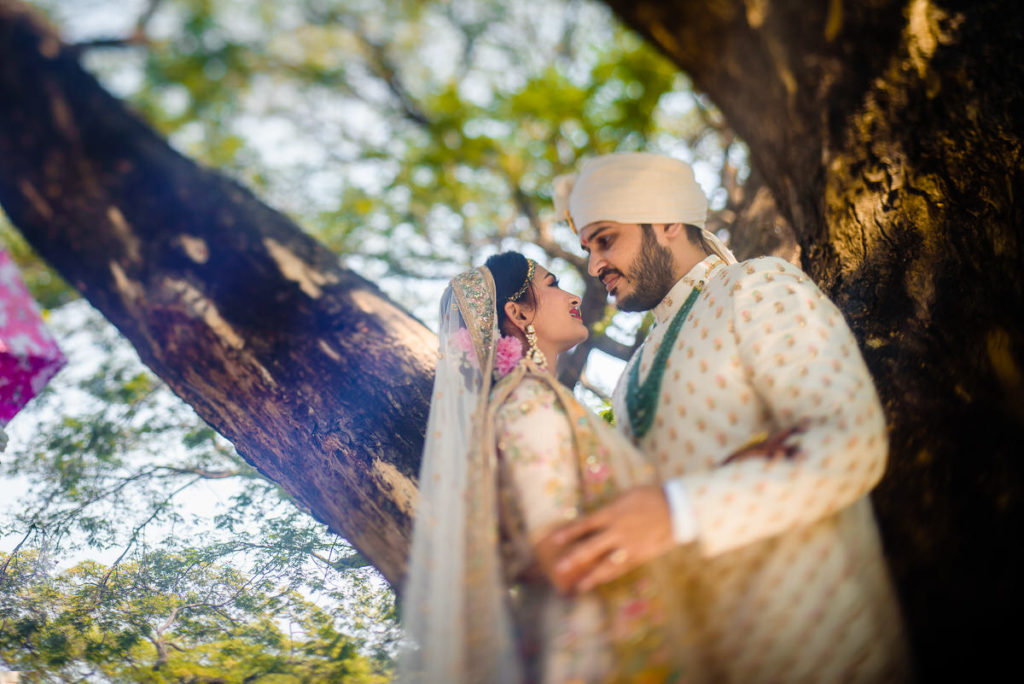 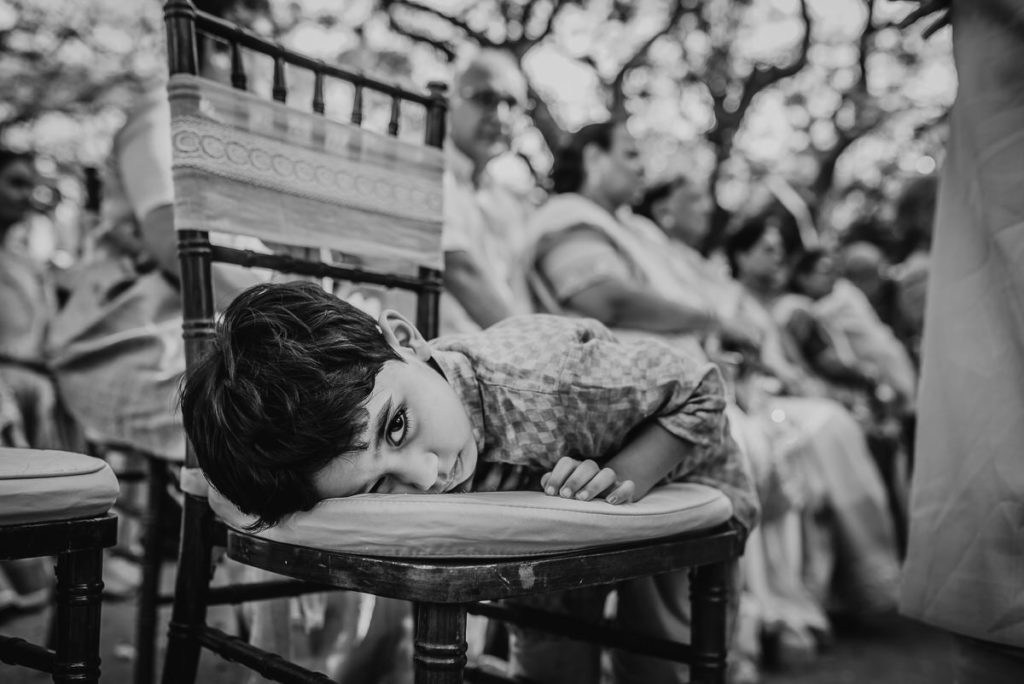 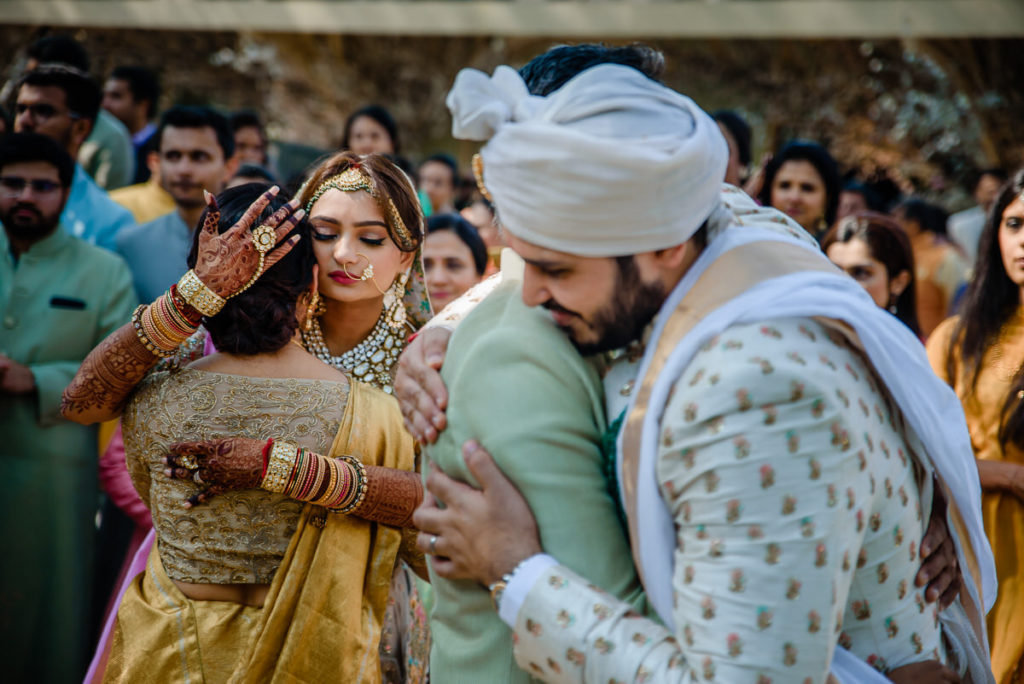