If there is one event that is the melting pot of all emotions in an Indian wedding .. it is Vidaai. We are talking 10/10 in emo-overflow …  on yash-raj scale. This one gets it all, right from the vintage car with a glass separation, to the uncle instructing the driver, to the groom (who was too tall to be in the frame :D), to the brother who is involved but from a distance, to the sister-in-law who is hugging the bride, to the teary eyed parents as they watch their daughter go … TO THE FREAKING VIDEO-WALA WHO CAN’T HELP BUT PHOTO-BOMB 😀

We are in between some serious shoot marathons …. but you are going to love whats coming your way! 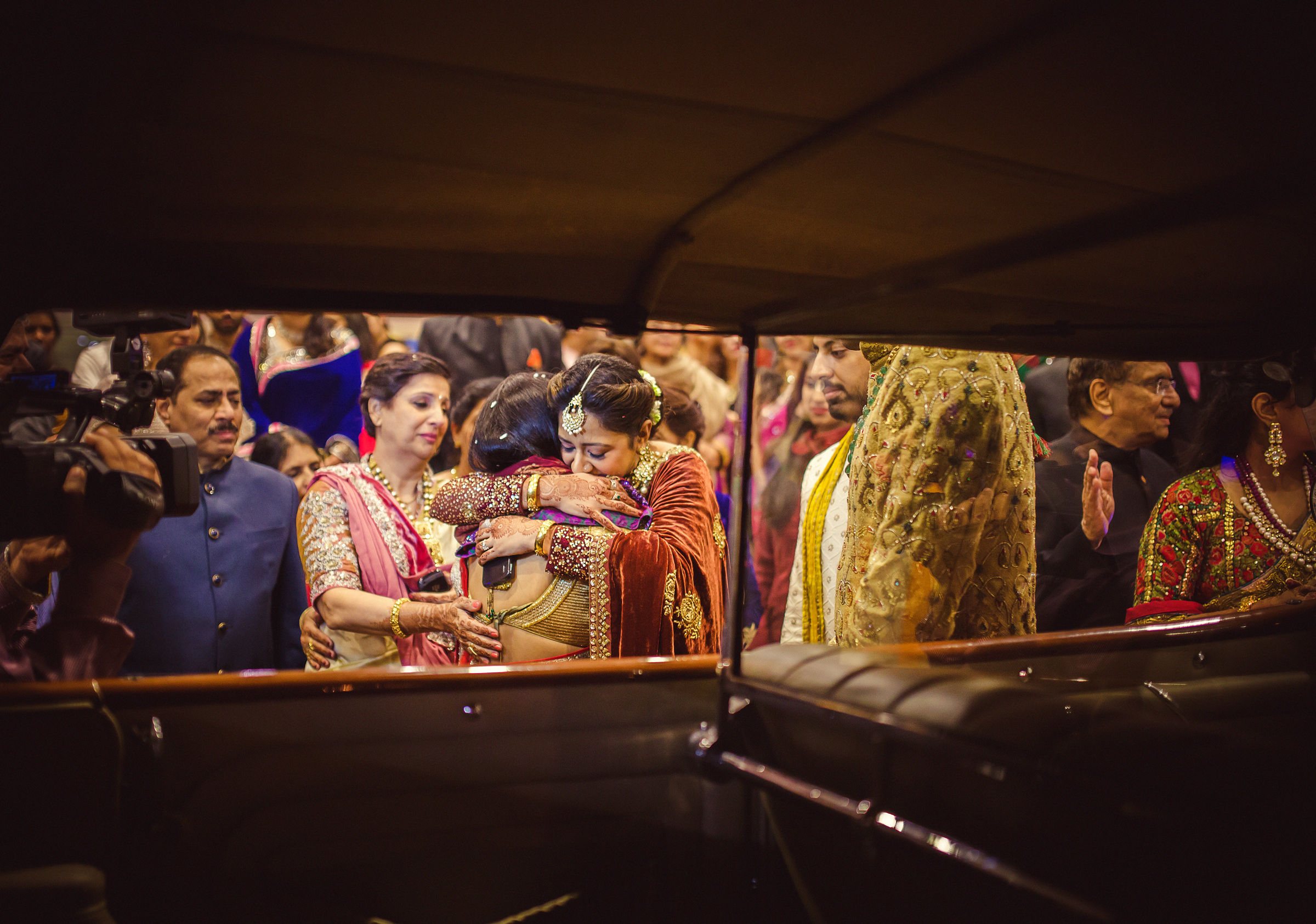